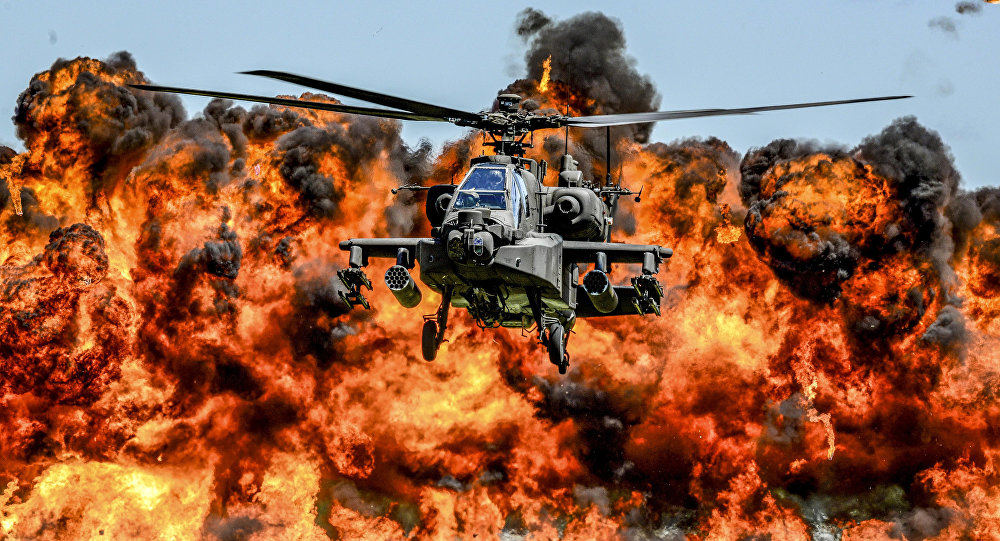 US Department of Defense spokesperson Capt. Jeff Davis said that US Apache helicopters and Marines will take part in the operation to retake Raqqa from the Daesh terrorists assisting the Syrian Democratic Forces (SDF).

US Apache helicopters and Marines are providing assistance to the Syrian Democratic Forces (SDF) in the operation to retake Raqqa from the Islamic State [Daesh] terrorists (banned in Russia), US Department of Defense spokesperson Capt. Jeff Davis said in a briefing on Tuesday.

"We have there assisting in this battle Marine M777 Howitzers, which are providing a significant enabling capability to our Special Operations Forces and partners on the ground. We are also employing AH-64 Apaches," Davis told reporters. "The Marines are providing the artillery support, supplement close air support…and they provide a mobile line called all weather fire support capability."