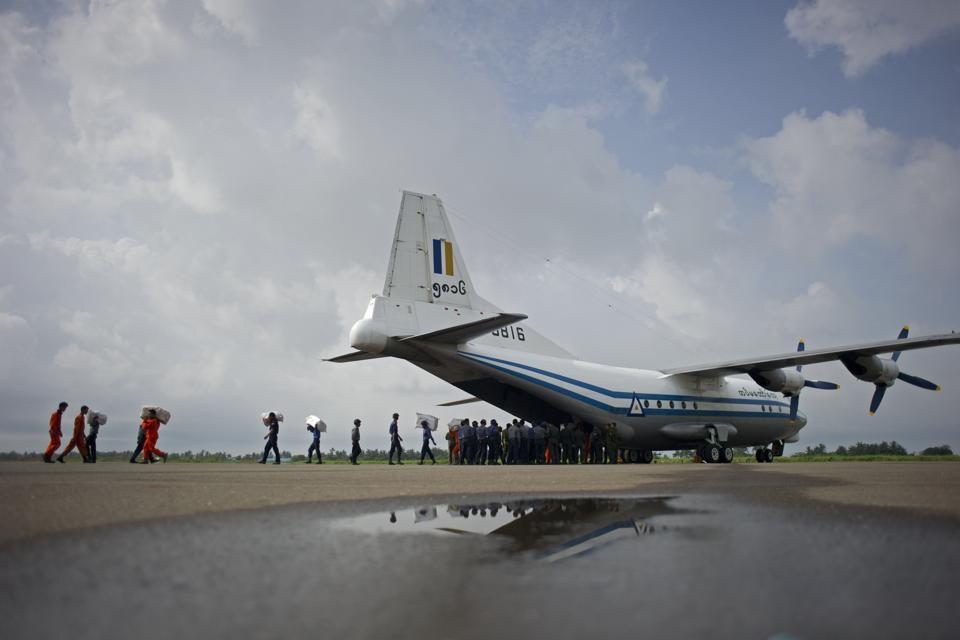 Debris from a missing Myanmar military plane carrying more than 100 people was found in the Andaman Sea late Wednesday, a local official and an air force source told AFP.

“Now they have found pieces of the damaged plane in the sea 136 miles (218 km) away from Dawei city,” said Naing Lin Zaw, a tourism official in Myeik city, adding that the navy was still searching the sea.

An air force source requesting anonymity confirmed a navy search and rescue ship had found pieces of the plane.

All five crew died when an air force plane burst into flames soon after taking off from the capital Naypyidaw in February last year.

Three army officers were killed in June when their Mi-2 helicopter crashed into a hillside and burst into flames in south-central Bago.

The missing plane is a Y-8F-200 four-engine turboprop, a Chinese-made model still commonly used by Myanmar’s military for transporting cargo.

The former military junta bought many of the aircraft from Myanmar’s giant neighbour during their 50 years of isolated rule, when they were squeezed by Western sanctions.

A former executive at Myanmar’s aviation ministry said it was one of China’s most popular military and civilian transport aircraft.

A surge in demand for air travel as Myanmar opens up has stretched the impoverished country’s aviation infrastructure, in particular in remote airports.

The worst in recent years was in 2012 when an Air Bagan jet crash-landed in thick fog and burst into flames short of the runway at Heho airport, killing one passenger and a motorcyclist on the ground.