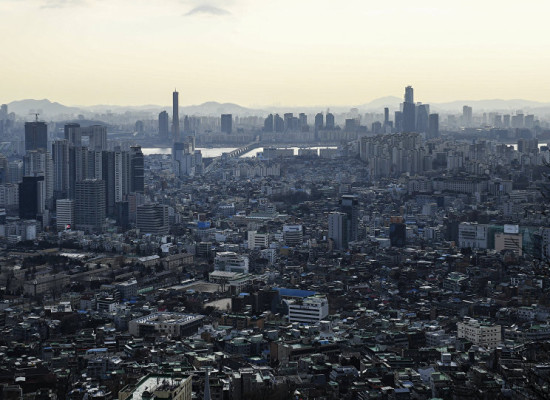 Former UN Official Kang Kyung-wha was appointed South Korean foreign minister in an official ceremony on Sunday, becoming a first woman in this post in the country's history, despite the objections from the country’s opposition parties, which criticize Kang for the allegations of tax evasion.

Axa.az reports citing Sputnik.
South Korean new President Moon Jae-in nominated Kang for the position in May, within the framework of forming a new government.
Kang was born in 1955 in South Korea, she graduated the Yonsei University with a degree in political diplomacy, and then obtained her master’s degree and PhD in the University of Massachusetts Amherst in the United States.
Kang started her career in mass media and then transitioned to South Korea’s foreign ministry, where she became an adviser to the foreign minister. The first female foreign minister of South Korea then served as deputy envoy of South Korea to the United Nations.
In 2006, Kang was appointed UN Deputy High Commissioner for Human Rights by then-Secretary General Kofi Annan. Prior to her appointment as the foreign minister, Kang served as a senior political adviser to UN Secretary General Antonio Guterres.
Before her appointment, Kang stressed that Seoul should play a leading role in handling the crisis around its northern neighbor's nuclear program as the political situation on the Korean peninsula significantly deteriorated over the recent months due to Pyongyang's nuclear tests. The foreign minister stressed that the country should more strictly respond to the North Korean nuclear provocations and get engaged in global coordination through the UN resolutions in order to stop Pyongyang from advancing its nuclear and missile programs.