Another batch of Nazi artifacts discovered in Argentina 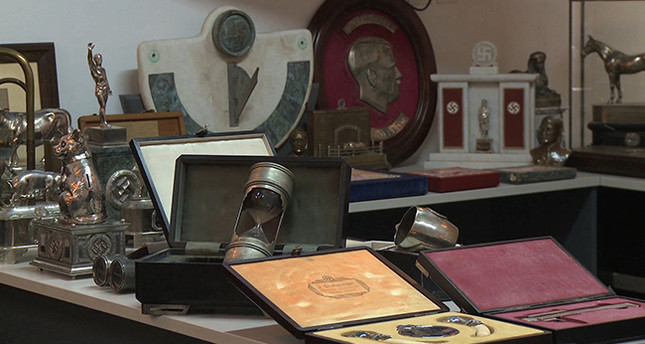 Argentinian police have found a cache of Nazi artifacts in a Buenos Aires antiques shop, making this the second Nazi find in the country this month.

Police are investigating whether Nazi artifacts such as these may have been brought into the country by Auschwitz doctor and war criminal Joseph Mengele, who escaped to Argentina and then Brazil.

The discovery occurred in an antiques shop in the historic San Telmo district of the Argentinian capital.

The shop sold military items such as helmets, knives, medals, caps and buckles, some of which are decorated with the Nazi swastika, according to Prosecutor Anibal Brunet.

The find included a magnifying glass used by Adolf Hitler, Nazi-themed children's toys, a bust of Hitler, tools for measuring people's heads for "racial purity" and a Reich eagle sculpture.

A federal judge is questioning the antiques dealer in order to find out where the collection came from and how it came into his possession.

Head of Argentina's federal police Nestor Roncaglia said, "There are no precedents for a find like this. Pieces are stolen or are imitations. But this is original and we have to get to the bottom of it."

South American countries, including Argentina, Brazil and Paraguay, were the main escape for Nazi war criminals who fled Germany after its defeat in the Second World War.