Turkey spent nearly $30B on upkeep of Syrian refugees 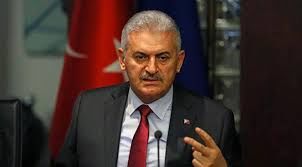 Turkey spent about $30 billion on the upkeep of Syrian refugees, Turkish Prime Minister Binali Yildirim said during his visit to Singapore, Aug. 21.

According to him, the biggest number of Syrian refugees is currently located in Turkey.

Yildirim noted that Turkey, like Russia and Iran, stands for peace and stability in Syria.

Thanks to Turkey, Russia and Iran, a truce between the opposition and the forces of the regime was reached in Syria, added the prime minister.

It should be noted that more than three million Syrian refugees live in Turkey.

Syria has been suffering from an armed conflict since March 2011, which, according to the UN, has claimed more than 500,000 lives.

Militants from various armed groups are confronting the Syrian government troops. The “Islamic State”, the Kurdish People’s Protection Units (YPG) and the Kurdish Democratic Union Party (PYD) are the most active terrorist groups in Syria.