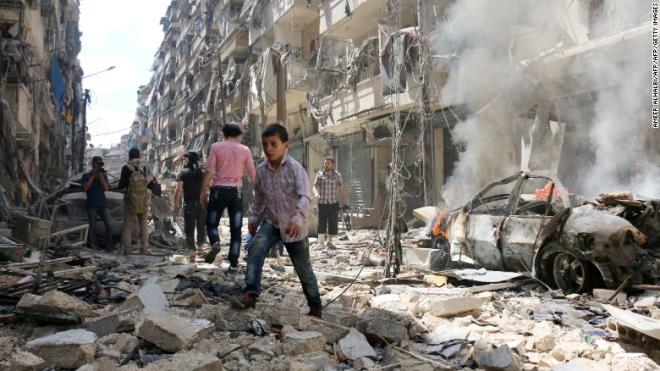 Some 25 former militants have surrendered to the Syrian authorities in the northern Aleppo province, a representative of the Russian center for reconciliation of warring parties said on Monday.

"We are at the passage in the Taha settlement, where the withdrawal of 25 militants, who took part in illegal armed groups, has been organized," Alexander Potyanikhin told reporters.

The militants said they had been forced to join the armed groups and hope for amnesty. They have been sent by buses to Aleppo, where the Syrian special services are to confirm their testimony.

"They have come here to have normal documents, legalize and then return back home," an intermediary of the withdrawal, Sheikh Akhmed told reporters.