The meeting of Erdogan and Putin has finished - Updated 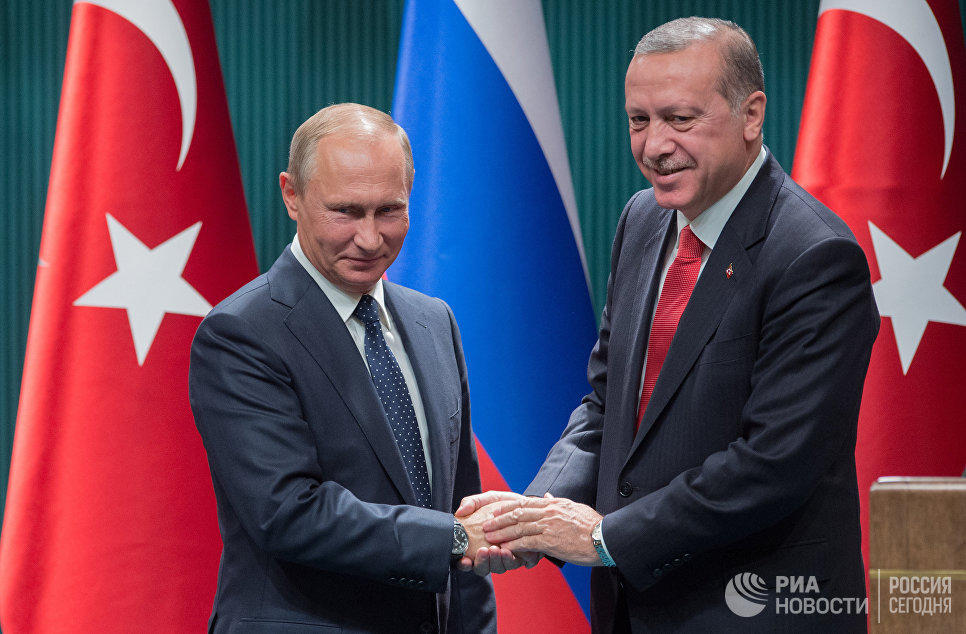 Axar.az reports that the meeting in Sochi, Russia, lasted for 2 hours and 10 minutes.

President Recep Tayyip Erdogan and his Russian counterpart Vladimir Putin are meeting at the Russian leader’s presidential residence on Monday in the coastal city of Sochi.

The leaders will exchange views on bilateral relations as well as regional and international developments, particularly Syria.

After meeting Putin one-on-one, Erdogan and his delegation will be hosted at a banquet which will be followed by a joint news conference with the two leaders.

"Solidarity with Russia on regional problems increases confidence for future," Turkish presidential sources with insight into the meeting quoted Erdogan as telling his Russian counterpart.