Armenian soldiers shot each other: 2 dead 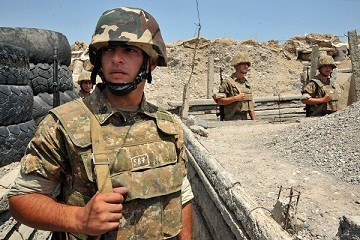 Two soldiers of the Armenian army were shot down their own military comrades.

According to the report, soldier Bareyan as a result with poor judgment of the automatic weapon, has opened fire to Spartak Kalashyan. He died of gunfire to his head.

According to the report, driver of "UAZ" brand vehicle, serving on a military contract Karen Agabekyan was killed as a result of fire shot by soldier P.Yegoryan

Both offenders were detained and criminal case filed against them.