The world waves goodbye to 2018 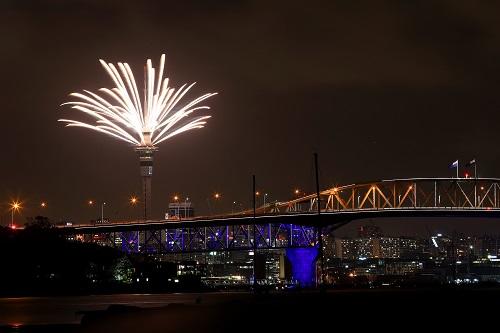 Cities around the world prepared to welcome the New Year on Monday, from traditional ceremonies in Japan to fireworks displays in Sydney, Dubai, London, Edinburgh and Rio de Janeiro.

At 6 a.m. ET, Auckland, New Zealand, became the first major city to ring in 2019. Celebrations will follow in Sydney, Australia, two hours later and Tokyo two hours after that.

Russian President Vladimir Putin's annual New Year message will be transmitted in the Moscow subway system at midnight — 4 p.m. ET — for the first time. The video message will be seen on almost 9,000 screens in 1,820 train cars.

In the Vatican, Pope Francis planned to lead the "Te Deum" to thank God for 2018.

Not all was set to be a celebration, however. Across Europe, security has been stepped up.

In Paris, "yellow vest" protesters were calling for more demonstrations on the famed Champs-Elysees, where fireworks, lights and sound show was planned. President Emmanuel Macron was to deliver a televised message.

In London, about 110,000 revelers were expected to gather in official viewing areas for a fireworks display.

But the revelry was being accompanied by a dollop of politics, with the British capital's fireworks celebrating London's "relationship with Europe," according to the office of Mayor Sadiq Khan.

"The mayor of London's sold-out event will mark the New Year with a spectacular firework display and soundtrack inspired by the continent," according to a statement, reflecting Khan's strongly pro-Europe stance in the run-up to Britain leaving the European Union on March 29.