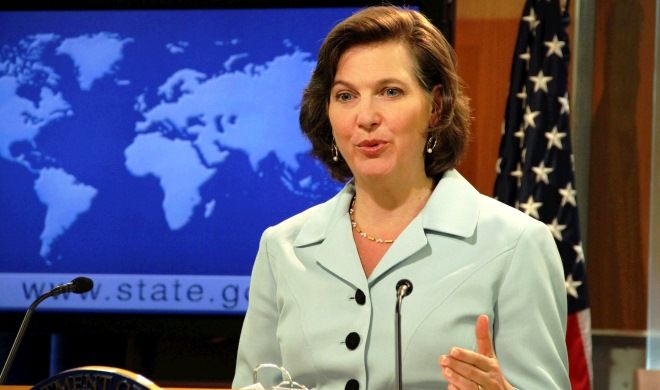 US Deputy Secretary of State Victoria Nuland may visit Russia in October.

Axar.az reports this information was spread by "Kommersant" newspaper citing its sources. The newspaper said that Moscow will issue a visa to Nuland only if Washington takes retaliatory measures. In return for Nuland, Russia demanded that Washington lift sanctions against its diplomats, especially Russian Foreign Ministry spokesman Konstantin Vorontsov.

Earlier, it was reported that Nuland would arrive in Moscow to meet with Deputy Chairman of the Russian Presidential Administration Dmitry Kozak. However, Moscow refused to issue a visa to Nuland.