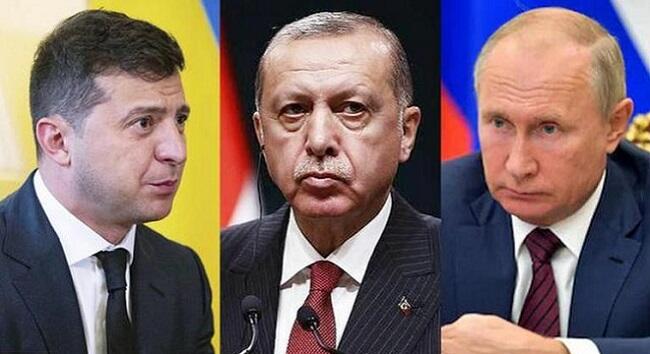 Axar.az presents the text of the interview:

- How eager are the parties to this meeting?

- President Putin doesn’t seem interested in accepting outside mediation between himself and his Ukrainian counterpart. If any talks between the two happen, they’ll likely occur directly. Nevertheless, it’s a positive gesture on behalf of President Erdogan, who enjoys excellent relations with both. This demonstrates Turkey’s balanced policy towards the region.

- If this meeting takes place, what changes do you think we can see in the South Caucasus?

- Any talks between Presidents Putin and Zelensky won’t involve the South Caucasus. They’ll focus solely on bilateral issues of concern.

- In your opinion, would Ukraine choose to let Turkey negotiate the meeting over the US? (kind reminder that US State Secretary Blinken has just arrived in Ukraine)

- Ukraine would likely accept any external mediating efforts from friendly countries, whether the US or Turkey, though it’s unlikely that Russia would hold talks in such a format since President Putin would prefer to do so directly in the event that they happen.

- Raisi will visit Moscow, how will this visit influence the whole process both in Crimea and Kazakhstan?

- The Iranian President’s visit won’t concern either Crimea or Kazakhstan. Rather, it’ll focus on issues of mutual interest such as extending their prior strategic partnership pact, expanding use of the North-South Transport Corridor (NSC) via Azerbaijan, and potential Russian investments into the Iranian economy, including its energy sector.

- What will be the outcomes of this probable meeting through the mediation of Turkey?

- It's improbable that Russia will accept Turkey's offer to mediate a meeting between its leader and Ukraine's. In the event that those two talk, which would almost certainly be one-on-one without any outside mediation if it does indeed happen, they'd likely seek to put their countries on the path of political normalization.