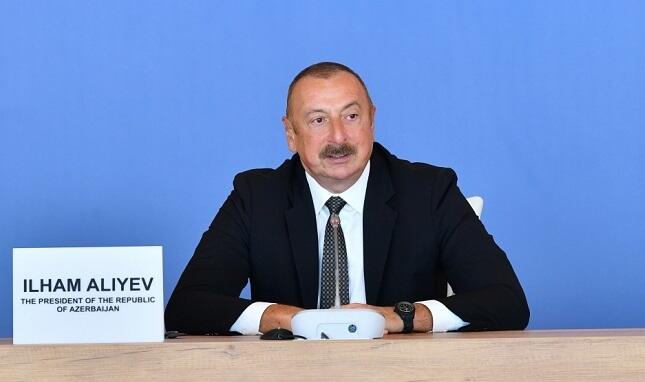 The Uzbek and Azerbaijani peoples will be together like a fist.

Axar.az reports that the statement came from President Ilham Aliyev at a reception hosted by President of Uzbekistan Shovkat Mirziyayev.

"I am very pleased to be in Tashkent yesterday, today in Khiva, Urgench, Kharezm province. Yesterday and today I saw once again how close our peoples are to each other. Our culture, art, in general, the roots of our peoples are the same. The songs were performed by Azerbaijani singers. There is no dialect. What does it show? The unity of our peoples. You are our pride, performers, artists and masters of culture who glorify our Turkish culture.

During the conversation with Shevket Miromonovich at this table, he knew the names of each performer. He knew where he studied, he studied in Baku, he studied there, he is the Minister of Culture, he is there. This shows that the President personally deals with the issues of each artist. His love for you is his love for the Uzbek people.

Today I discovered a new Uzbekistan for myself. New Uzbekistan is flourishing in the face of my brother, in your face. May the life of the new Uzbekistan be successful and prosperous. Hopefully, all of us - the Uzbek and Azerbaijani peoples - will be together as one fist," the President said.