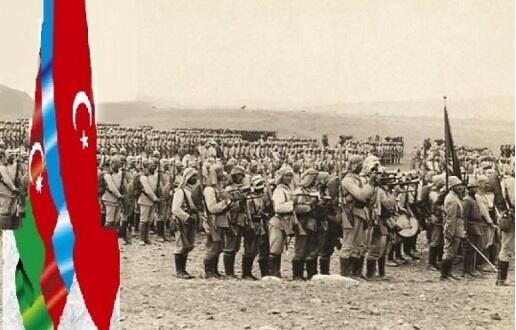 A monument to the first martyrs of the Caucasian Islamic Army in Ganja has been erected.

Axar.az reports that the statement came from the Turkish Consulate General in Ganja.

The monument will be unveiled on June 26, the Day of the Armed Forces of Azerbaijan.

It should be noted that the groundbreaking ceremony of the monument took place on the 12th of last month.

It should be noted that the Caucasian Islamic Army led by Nuru Pasha liberated Baku from Armenian-Dashnak terrorists on September 15, 1918.