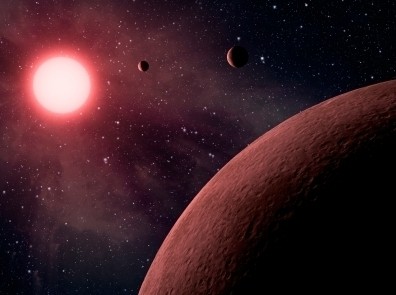 International scientists have discovered a new dwarf planet in the solar system.

The new dwarf planet beyond Neptune, dubbed 2015 RR245, is considered the farthest planet, the Azerbaijan National Academy of Sciences (ANAS) told on Wednesday.


It has such a huge, highly elliptical orbit that it takes an astonishing 700 Earth years to complete one trip around the sun, and it ventures over 120 times further away from the sun than our planet does.