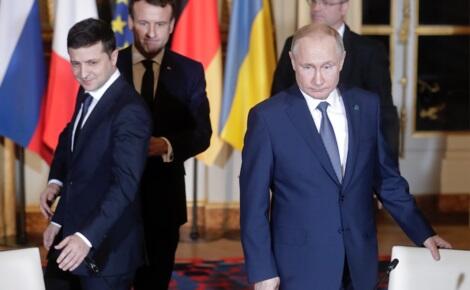 The participation of Ukraine and several other countries in the G20 summit in November will depend on Russia's presence there.

Axar.az reports that the President of Ukraine Volodymyr Zelensky said this.

"Recently, the President of Indonesia visited Ukraine, we discussed this issue. He personally presented me with an invitation to the G20 meeting. We are grateful for this invitation, but our participation depends on whether Russia will be there," Zelensky said.

He stressed that Ukraine's participation in the summit will also depend on security conditions.

It should be noted that despite the pressure, Indonesia, which will host the G20 summit, has sent an invitation to the Russian leader and said that it will not withdraw this invitation. The Kremlin has announced that it has not made a clear decision on participation.