Burial of rebels religious rites will not be performed 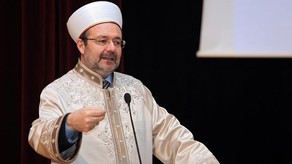 Religious rites will not be performed during the burial of rebelsç who attempted a military coup in Turkey.

According to the Turkish media, Religious Affairs Department under the Cabinet of Ministers in Turkey have made a relevant decision.

Religious Affairs Department will not perform religious rites during the burial of rebels who stood against the legitimate government and nation, bombing government agencies, using guns against people and were killed.

This decision will not be applied to those military and security forces who wereunaware of anything and manipulated by force and threats and dragged into the conflict where they were killed.