A meeting within the framework of the BCP was held 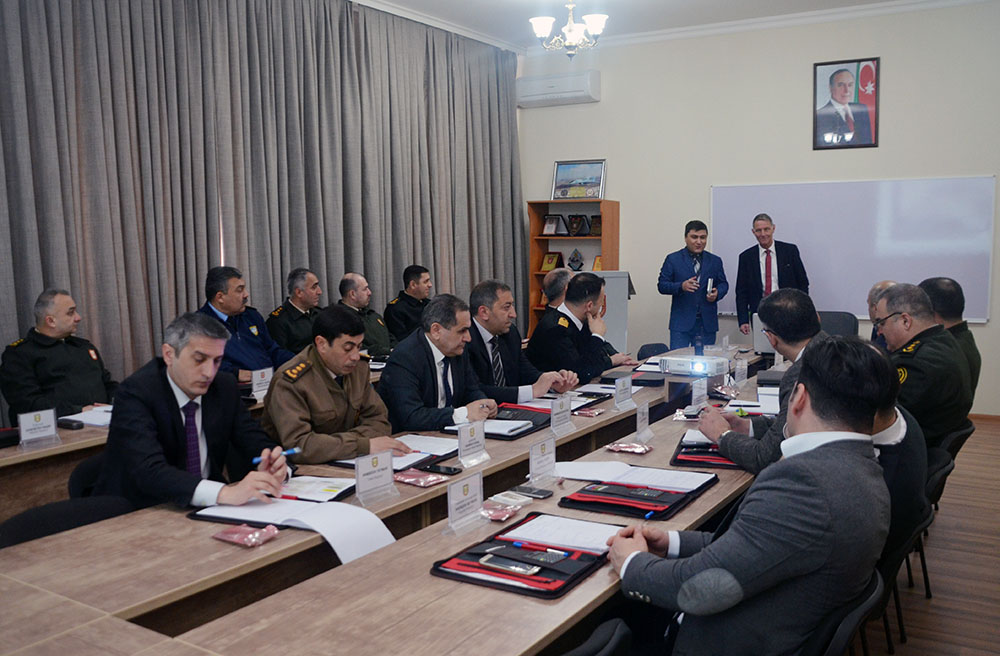 Expert on the military strategy of the German Armed Forces Military Academy Klaus Huetker delivered a lecture to the students of the Strategic Studies and State Defense Management Academic Course in the Azerbaijan Armed Forces Military Academy.
After the lectures, a meeting between the experts specializing in the field of military strategy and K.Huetker was held.