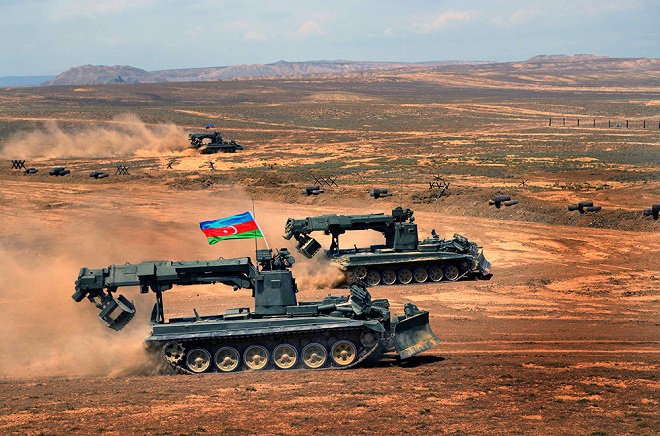 In accordance with the plan approved by the President of the Republic of Azerbaijan, the Supreme Commander-in-Chief of the Armed Forces, Mr. Ilham Aliyev, the Command-Staff War Games (CSWG) to be held within the framework of the operational training of the troops will start on November 16.

Axar.az reports citing Ministry of Defense that, conducting of the war game envisages the involvement of the strategic, operational, operational-tactical and tactical headquarters and special forces, as well as the use of forces and means at certain stages.

The main goals of the CSWG are to improve the level of interoperability between headquarters and troops in solving complex issues of conducting modern combined-arms operations, as well as in the conditions of mountain relief, complex electronic warfare environment, and also other characteristic features determined by the concept of these war games.

In the course of one of the stages of the CSWG, the practical actions of the interacting military units and subunits will also be inspected with the determination of their maneuverable and firing capabilities in the air, in the sea and on land.