Iran warns the US on Strait of Hormuz 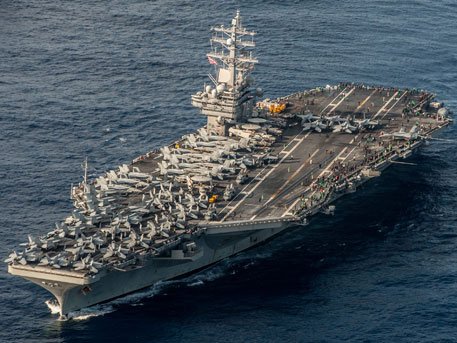 The US must act responsibly for the lives of its soldiers.

Axar.az reports that Ghulam Ali Rashid, commander of Iran's Hatemul Anbiya headquarters, commented on the statement that the United States will send an aircraft carrier to the Gulf of Basra six months later.

“The US should not take wrong steps in the region. From this square, we warn the United States and the enemies of Iran. The US government should be responsible for the lives of its soldiers in the region, especially in the Gulf of Basra and Hormuz, "Rashid said.

Note that the United States has sent an aircraft to the Gulf of Basra after a six-month break.