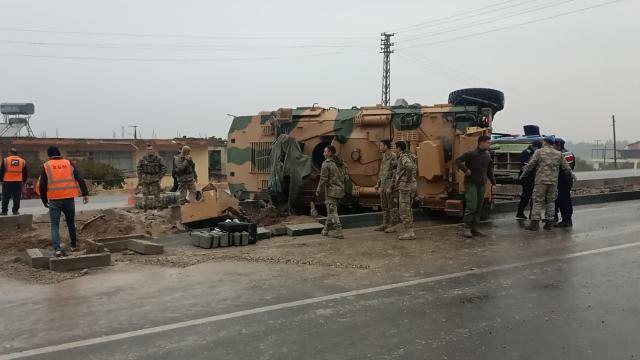 Axar.az informs that this was reported by the Defense Ministry.

It was stated that as a result of the loss of control of the military vehicle at 17:40 today, overtime servicemen Sergeant Jeyhun Huseyn oglu Abdullayev and soldier Suleyman Ali oglu Hasanzadeh were slightly injured. There is no threat to the lives of both of our servicemen.