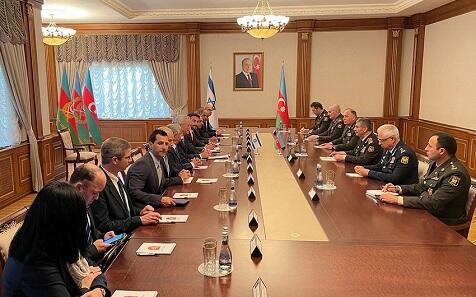 Issues of military cooperation between Azerbaijan and Israel were discussed.

Before the meeting, the Israeli delegation paid tribute to the memory of the heroic children of the Motherland who died in the struggle for the independence and territorial integrity of Azerbaijan in the Alley of Martyrs, and laid a wreath in front of the "Eternal Torch" monument.

Then an official welcoming ceremony was held at the Ministry of Defense.

The Minister of Defense of Israel passed in front of the honor guard, the national anthems of both countries were played and the "Book of Honor" was signed in accordance with the protocol.