Down the river' film to be shown at Cannes festival 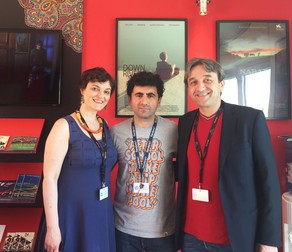 The guests have been informed on 'Down the river' feature film, which will be shown in Vienna on May 21.

Notably, 'Down the river' film entered into LET'S INTEGRATE! special program as one of 6 films selected from hundreds of movies, demonstrated in the festival during last three years.

All tickets for demonstration of Azerbaijani film have been sold within a short period. 80% of respondents voted 'Down the river' as the most successful film.

Notably, the Cannes International Film Festival will last until May 22.