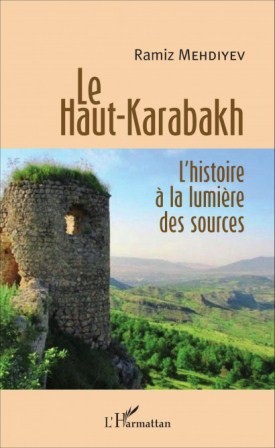 A book by Head of the Azerbaijani Presidential Administration, Academician of National Academy of Sciences Ramiz Mehdiyev titled "Nagorno Karabakh: History read through sources” has been published in France.

The book highlights causes of occupation of the Nagorno-Karabakh and seven surrounded regions by the Armenian Armed Forces, as well as the current state of the negotiations mediated by the OSCE Minsk Group, position of the international organizations in settlement of the problem. The book especially highlights four resolutions of the UN Security Council on unconditional, immediate withdrawal of Armenian troops from Azerbaijan`s occupied territories. The book stresses the importance of settlement of the conflict within the territorial integrity, internationally recognized borders of Azerbaijan in accordance with the norms and principles of international law.