“Muhammad, Messenger of God” to be screened in Azerbaijan 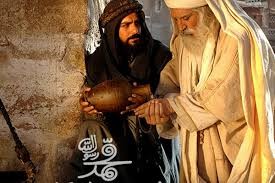 “Muhammad, Messenger of God”, the latest biopic by the Iranian director Majid Majidi, will be screened in Azerbaijan.

Accodring to the Iranian media, Ebrahim Ebrahimi, the Iranian cultural attache in the Caucasian country, said the film will be screened in the next few weeks.

People can watch it in several movie theaters in different Azeri cities including Baku, Ganja and Lankaran, he said.

According to him, the film’s director is expected to travel to Azerbaijan for opening the movie’s screening in the country.

Muhammad, Messenger of God, which is the first part of Iran’s big-budget trilogy on the life of Prophet Muhammad (PBUH), premiered in cinemas across Iran on August 26, and attracted a large audience.

It has also been screened in a number of other countries and received very well.