Azerbaijani violinist to perform in London 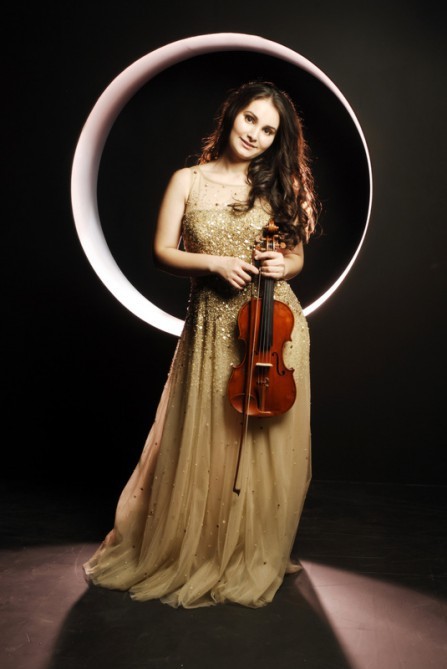 Azerbaijani acclaimed violinist Nazrin Rashidova will give a concert at the St. James's Church, London on April 11.

Nazrin's musical acumen is creating a unique place for her in the music world.

Recently marking her Wigmore Hall debut in London to critical acclaim, the BP-sponsored, Azerbaijani-British violin virtuoso made her solo debut at the age of three in one of the most prestigious palaces in Baku. Just half a year later, she performed in the Anglo-American University in Cairo.

Her debut CD is a premiere recording of Leopold Godowsky's complete collection of works for violin and piano, recorded with pianist, Roderick Chadwick, and released in June 2013 on the NAXOS label. She has also released another CD of Azerbaijani composer, Tofiq Guliyev's songs, newly arranged for violin and guitar, by herself and guitarist, Stanislav Hvartchilkov.