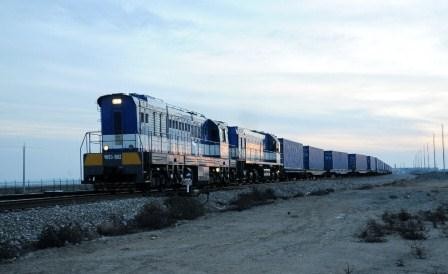 The second freight train will arrive from Ukraine in Azerbaijan today, spokesman for the Azerbaijan Railways Nadir Azmammadov said. According to him, the train, which departed from Ilichivsk on February 8 and arrived in Georgia on February 10, is now approaching Azerbaijan.

This is the second freight train from Ukraine. The first train on route Ukraine - Georgia - Azerbaijan - Kazakhstan – China, officially known as Trans-Caucasus-Asia transport corridor or New Silk Road, left the Ukrainian port of Illichivsk on January 15 and arrived in China on January 31.