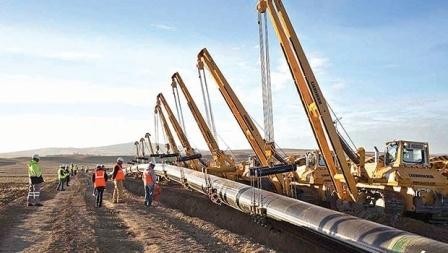 At the same time, the European Investment Bank will allocate €1 bln to TANAP.


According to a source in the bank, the World Bank intends to be a part of TANAP: “We’ll provide financial assistance to BOTAS in amount of $1 bln. At the same time, we collaborate with the European Investment Bank. SOCAR has 58% equity in TANAP, BOTAS 30 and BP 12%. These shareholders fund the project in accordance with their equity. EIB is going to invest in TANAP. Under the sharing, BOTAS is to invest $3 bln in TANAP. For this purpose, BOTAS will attract $1 bln from WB, €1 bln from EIB”.

The construction of the Trans Anadolu Gas Pipeline (TANAP) has been estimated to cost $10-$11 billion,