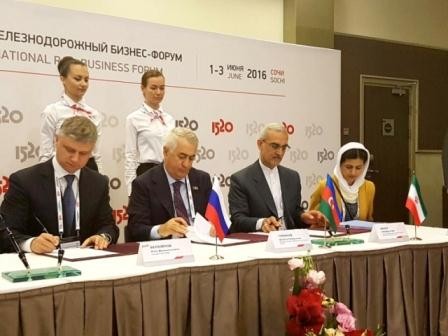 The XI international rail business forum is being held in Sochi, Russia.


Azerbaijan is represented by the delegation led by head of Azerbaijani Railway CJSC Javid Gurbanov.


They discussed development perspectives of North-South International Transport Corridor, involvement of cargos in the corridor. Under the proposal of Gurbanov, a decision was passed on creation of Coordination Committee of the North-South route. At the end of the meeting, the sides signed protocol.


The meeting was also attended by the President of VR Group (Finnish Railways) Mikael Aro. They also discussed Finland’s joining the North-South corridor. He said Finland is also interested in this corridor.