Azerbaijan and the UK consider possibility of cooperation 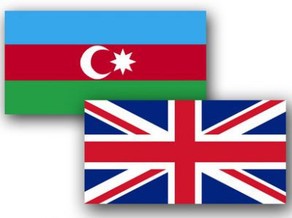 Chairman of the Board of the Financial Markets Control Chamber Rufat Aslanli has met with the delegation led by the United Kingdom's Prime Ministerial Trade Envoy to Azerbaijan, Baroness Emma Nicholson.

According to the news in local media, Baroness Emma Nicholson stressed that they attach great importance to the relations between the two countries, noting they support development plans on capital market and insurance sector.

During the meeting, they discussed bilateral relations between Azerbaijan and the United Kingdom, situation on world financial markets and possibility of mutual cooperation in the capital markets.

Rufat Aslanli informed the delegation about the current state of the financial sector of Azerbaijan and medium strategy of the Chamber, highlighting the interest in close cooperation with relevant structures of the United Kingdom on rehabilitation of the banking sector.