Prestige of the SOCAR brand is in full bloom 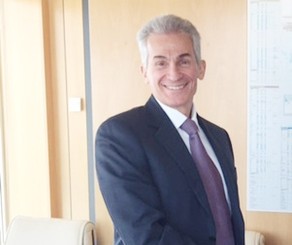 Chief ExecutiveOfficer at SOCAR Trading Arzu Azimov gave an interview to Economic and Financial agency of Geneva about sponsorship of the State Oil Company of Azerbaijan (SOCAR) to European Football Championship (Euro 2016) in France.

Is Socar Trading benefiting from this image campaign of the SOCAR group during the European Championships?

The prestige of the SOCAR brand is in full bloom. This very public image campaign in effect spills over into SOCAR Trading. During our negotiations with new parties, this renown helps considerably, during Know Your Customer (KNC) checks for example. Without being vital, this image campaign does contribute to our good reputation.

What is the reaction of your Geneva colleagues to the presence everywhere of the SOCAR logo, in all the European Championship stadiums?

I receive a large number of calls and emails from staff in our offices in Geneva, London and Baku. They are all very proud to work for a group like ours, which supports a certain number of cultural, sporting and educational initiatives throughout Europe. The many reactions on social media show the extent of the pride taken by SOCAR employees, who post their photos on Facebook and associate them a positive way with the Socar brand.

In terms of human resources, is the participation of Socar in the European Championships contributing to motivation in your teams?

Undeniably. Football is very popular and a unifying force all over the world. Like in many companies, each team places bets on matches and the amount won allows us to get together for a friendly evening. This football sponsorship reinforces socialization among our staff.

What is the amount invested by SOCAR in this sponsoring deal with UEFA?

The amount is not made public. Besides, SOCAR Trading is not participating in the financing of this sponsoring contract signed between our parent company and UEFA in May 2013. SOCAR managers are great football enthusiasts and have been proudly supporting the sport over the years. In Azerbaijan, football has been supported by the government for more than ten years. Azerbaijani citizens are proud of the image of SOCAR in the stadiums, they feel their country’s attachment to the rest of the world through this sport which is very popular nationwide.

SOCAR is little known to the general public with the exception of Switzerland, where the group has been present in the downstream since the purchase in 2011, from ExxonMobil, of more than 170 Esso Switzerland filling stations.

The group also owns service stations in Azerbaijan, Georgia, the Ukraine and Romania, and is evaluating other acquisition opportunities. It is true that in Switzerland, the network of service stations, under the supervision of our sister company SOCAR Energy in Zurich, has greatly contributed to our high visibility. Just as happened during the sponsoring of the Montreux festival. The fact of owning assets brings SOCAR directly into the realm of the big players, such as BP or Shell. Even if these assets are not registered in the balance sheets of Socar Trading, they convey a strong brand image and thus make it possible to open doors.