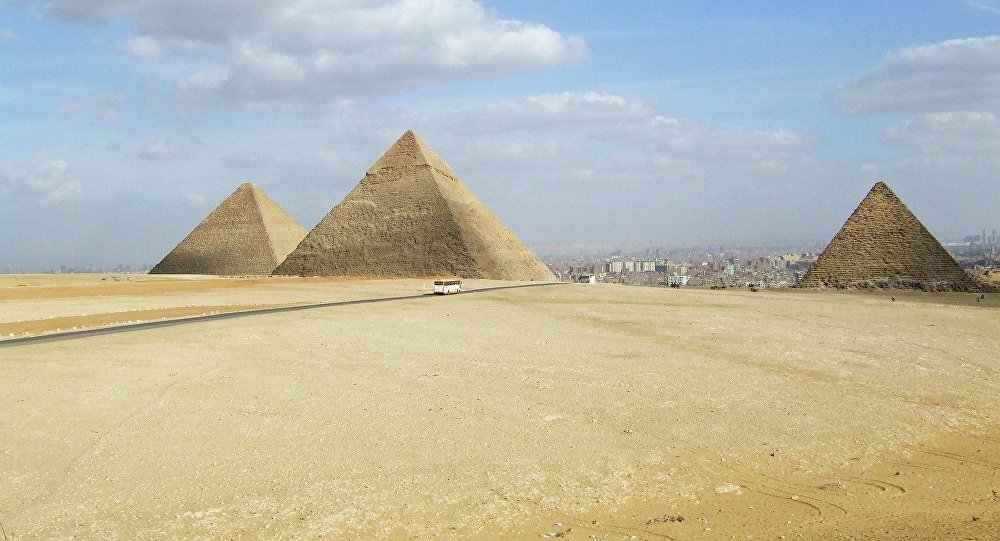 Egyptian archeologists have uncovered the remnants of a 3,700-year-old pyramid in the Dahshur royal necropolis, about 25 miles south of Cairo.

Axar.az reports that the necropolis, an area along the west bank of the Nile, was the burial site for courtiers and high-ranking officials in ancient Egypt.
According to the country's Antiquities Ministry, the newly found pyramid is different in construction from the world-famous Pyramids of Giza. It was built with smooth sides and looks more like the so-called Bent Pyramid of King Sneferu, which is located nearby.

The head of Dahshur necropolis, Adel Okasha, said the discovered remains belong to the inner structure of the pyramid and include a stone passageway.

"[The corridor] leads to the interior of the pyramid, extended by a ramp and the entrance to a room," the antiquities ministry said.

Among the findings were granite lintels and blocks of stone that the excavation team believes will reveal more about the pyramid's internal design. One of the alabaster paving blocks is engraved with 10 vertical lines of hieroglyphs.
The ministry said that all remnants are in very good condition, but that further excavation is required to determine the full scope of the construction.

Archaeologist Zahi Hawass, former head of the Supreme Council of Antiquities, told reporters there is a good chance that the monument belonged to "a queen buried near her husband or her son."

"The hope now is to find any inscription which can reveal the identity of the owner of this pyramid," he said.

"To find the name of a previously unknown queen would be an addition to history."

Egypt, home to one of the world's earliest civilizations, boasts 123 ancient pyramids.

Two years ago, at a conference dedicated to King Tutankhamun, Egyptian authorities said new technology was needed to determine whether his tomb contains hidden chambers that may contain the remains of Queen Nefertiti.