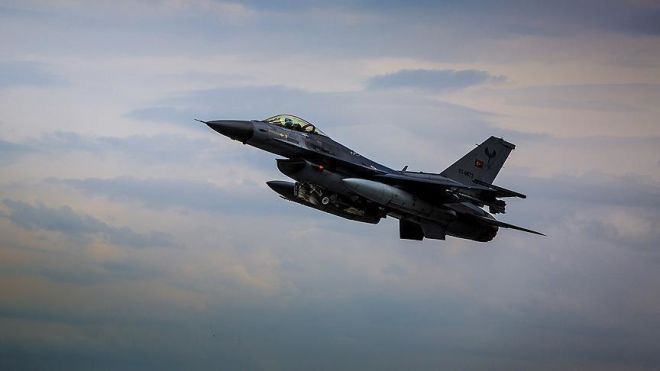 Six PKK terrorists were killed in operations on Sunday in southeastern Turkey and northern Iraq, the Turkish army said Monday.

The Turkish General Staff announced on its website that a PKK terrorist was killed in an airstrike in the Lice district of south-eastern Turkey’s Diyarbakir province where a rocket launcher, a machine gun and a rifle were also seized.

Five PKK terrorists who were planning a terror attack in northern Iraq’s Zap region were killed in a separate airstrike, said the statement.

A car loaded with explosives was also destroyed in the Gurpinar region of eastern Turkey's Van province.

The PKK -- listed as a terrorist organization by Turkey, the U.S. and the EU -- resumed its decades-old armed campaign in July 2015.