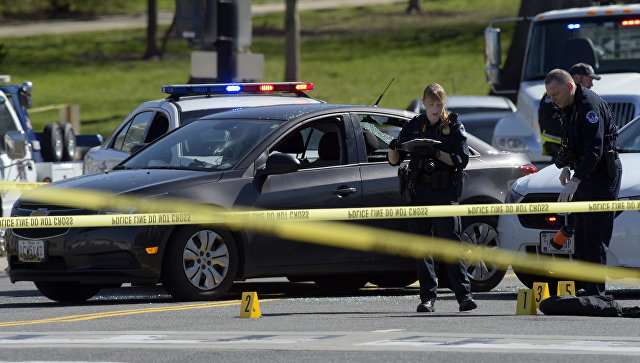 There are reports that up to five people have been killed at a business in Orlando.

Police have been called to the business headquarters of the company in Florida after receiving reports of a ‘multiple fatality’ incident.

The incident took place on Forsyth Road with road closures being put in place around the scene.

Helicopter footage from local news reports appears to show that the incident happened close to a bakery at Winter Park, an industrial estate in the city.

Captain Angelo Nieves said that no other details were currently available and that the situation had been contained, but there are said to be multiple casualties.

The shooting happened a week ahead of the anniversary of the June 12 Pulse nightclub shooting when 49 people were murdered.

This is a breaking news story and is being update with more information as we receive it.