Greece to deport 10000 migrants after the camp fire 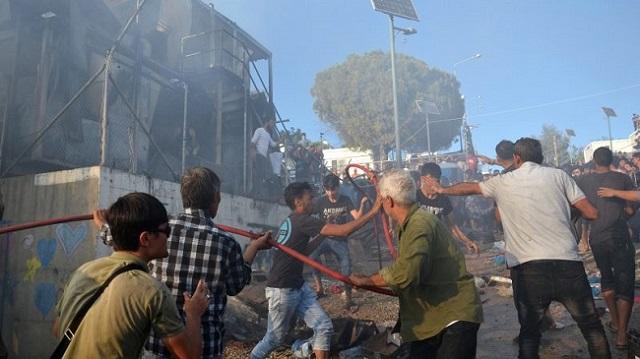 Greece has announced plans to return thousands of migrants by the end of next year, after a deadly fire at its largest camp on Lesbos island.

Axar.az reports citing Euronews that the UN refugee agency estimates that the Moria refugee camp, with an official capacity of 3,000, currently houses around 12,000 people in tents and shipping containers.

Government spokesman Stelios Petsas confirmed that the Council of Ministers had discussed an overhaul of Greece's migration policies on Monday.

Changes to be implemented include a strengthening of the country's border guards, with increased patrols at sea, and the construction of closed pre-concession centers for illegal migrants not yet entitled to asylum.

Greece also plans to increase the immediate return of migrants to "safe countries". More than 1,800 migrants were returned by Greece since early 2015, but Stelios Petsas announced aims to increase this number to 10,000 by the end of 2020.

Citing the nationalities of new arrivals, Petsas said Greece was now dealing with “a problem of migration, rather than a refugee problem.”