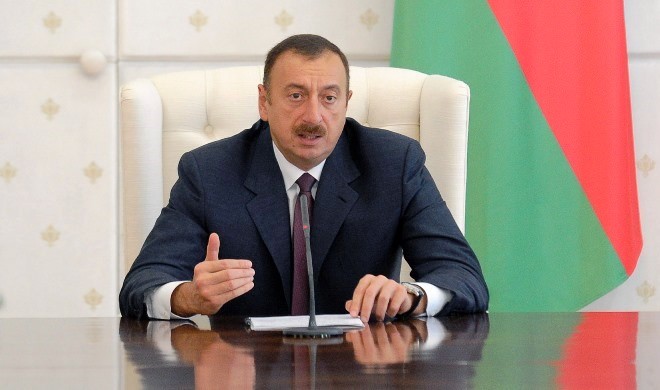 Expressing satisfaction with his first official visit to Azerbaijan, Mikheil Janelidze said that continuation of joint activities and all projects are being implemented actively by relevant organizations of the two countries.

Saying continuous nature of the relations between the foreign ministers of the two countries, President Ilham Aliyev stressed the importance of cooperation between the Ministries of Foreign Affairs of Georgia and Azerbaijan. Ilham Aliyev said a number of issues were successfully solved between Azerbaijan and Georgia and the two countries were getting closer to each other, recalling his successful last year visit to Georgia. President Ilham Aliyev stressed the continuation of cooperation relations in the political, economic, energy and humanitarian spheres, as well as multilateral formats, said there were good opportunities for further development.

The Head of State said that Minister of Foreign Affairs of Georgia Mikheil Janalidze’s visit to Azerbaijan would create a good opportunity to review the program for joint activities between the two countries for the current year.

Azerbaijani President Ilham Aliyev thanked for the greetings of Prime Minister of Georgia Giorgi Margvelashvili and PM Giorgi Kvirikashvili, and asked Mikheil Janelidze to extend his greetings to the Georgian head of state and Prime Minister.