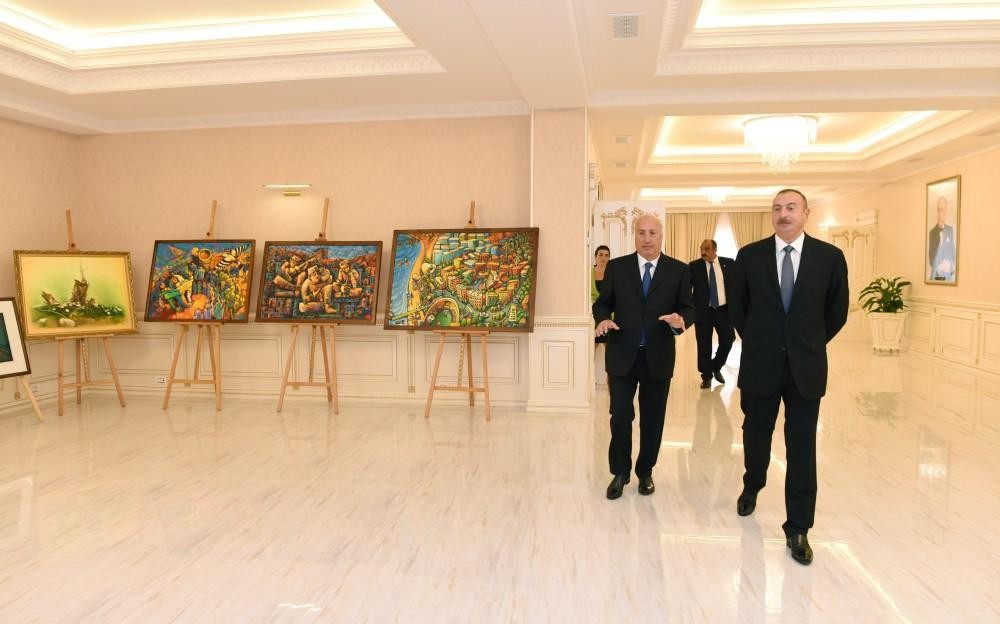 President of the Republic of Azerbaijan Ilham Aliyev attended the opening ceremony of the Heydar Aliyev Center during his visit to Sumgayit.

The head of the state has officially opened the Heydar Aliyev Center and cut the ribbon as a symbol.

There is a bust of national leader Heydar Aliyev in the foyer of the center.

After opening and viewing the center President Ilham Aliyev had a meeting with members of the general public of Sumgayit.