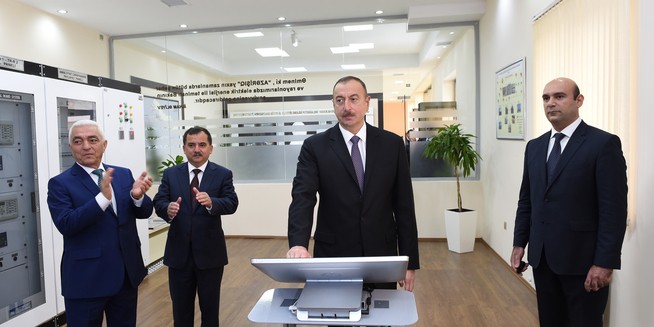 Axar.az reports that, President of the Republic of Azerbaijan Ilham Aliyev attended the opening ceremony.

Chairman of Azeravtoyol Saleh Mammadov informed the head of state that the highway connects two residential areas with the total population of 6,000 people. The 10km-long two-lane highway is six metres in width. Forty-two traffic signs were installed, one bus station was built along the road.

President Ilham Aliyev cut the ribbon symbolizing the official inauguration of the highway.

The head of state was informed that the products manufactured there initially intended for domestic market.

The head of state has met with staff of the farm and local community representatives.