Roads around Fuzuli square will be changed 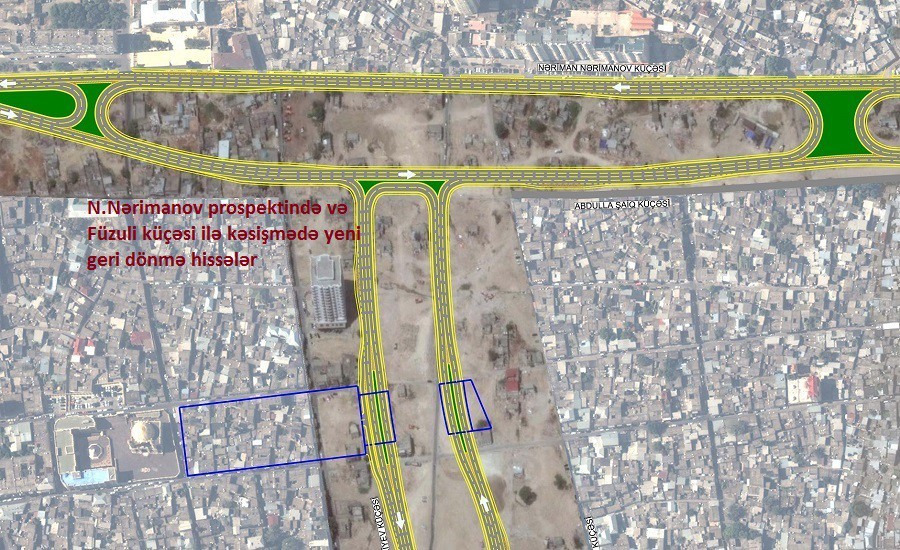 Important changes have been considered in the expansion and continuation of the construction of roads from Fuzuli square in Baku city to Nariman Narimanov Avenue and to the direction of Taza Pir Mosque in organization of movement of vehicles during reconstruction as a part of creation of new green areas.

Report informs citing the Azeravtoyol OJSC, Fuzuli square will be eliminated, the existing park and Fuzuli Street will be expanded to Narimanov Avenue and a new avenue to be established. Vehicles will continue movement through turnback lanes, to be established to Narimanov Avenue and Samad Vurgun Streets. In addition, a lane will be created only for movement of passenger buses to Azerbayjan Avenue and Ahmad Javad Street.

The changes also will be made regarding the circle in front of the State Statistical Committee.

Traffic in Narimanov Avenue will be one-sided for normal traffic movement. On the opposite direction, movement will be through Abdulla Shaig Street.

The measures are aimed at strengthening traffic safety and eliminating traffic jams.