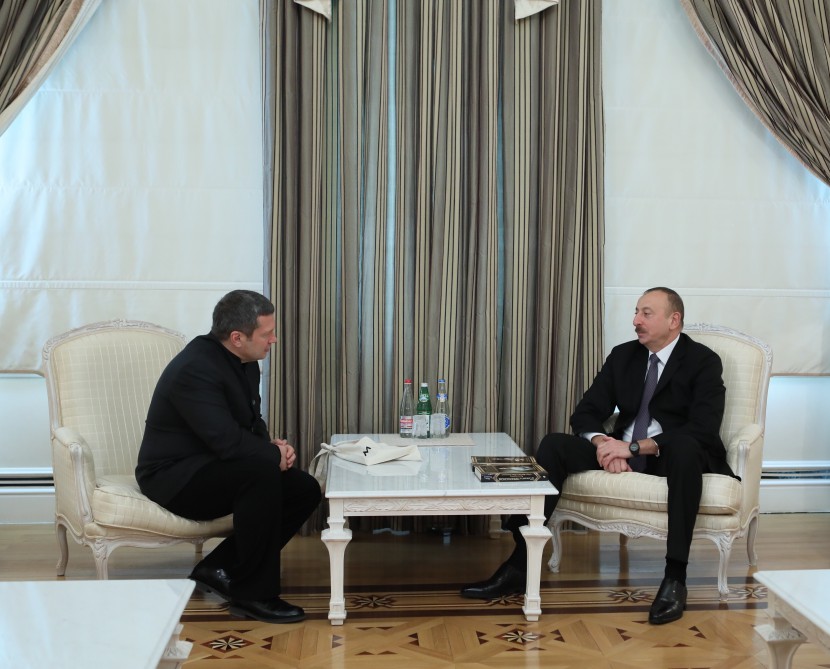 President of the Republic of Azerbaijan Ilham Aliyev has met with TV and radio host of All-Russia State Television and Radio Broadcasting Company Vladimir Solovyov.

Axar.az reports that Vladimir Solovyov said he is visiting Baku for the first time, describing the Azerbaijani capital as a very beautiful city. He said he is deeply impressed by rapid development processes in Baku.

President Ilham Aliyev highlighted development processes in Azerbaijan, saying active work is being done to increase the world community`s awareness of the country`s realities. The head of state spoke of historic and present realities of Azerbaijan, and outlined the country`s position on the Armenia-Azerbaijan Nagorno-Karabakh conflict. President Ilham Aliyev said Azerbaijan and Russia enjoy successful cooperation in all areas, including in humanitarian and media spheres.

Vladimir Solovyov thanked the President for providing comprehensive information. He expressed his great interest in familiarizing himself with the ongoing processes in Azerbaijan