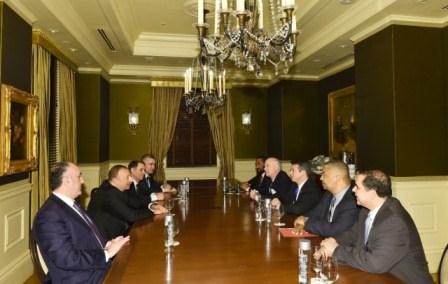 President of the Republic of Azerbaijan Ilham Aliyev has met with a group of congressmen of the United States of America in Washington.

The sides noted successful development of Azerbaijani-US relations in a number of areas, particularly politics, economy, energy, defense, and security. It was noted that US congressmen could contribute to the development of these ties.

The sides had a broad exchange of views over the Southern Gas Corridor project.

The head of state then responded to the congressmen`s questions.