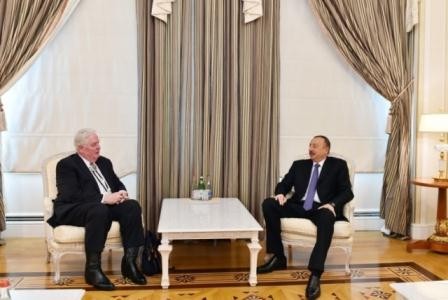 President of the Republic of Azerbaijan Ilham Aliyev has received Speaker of the Nevada State Assembly John Hambrick.


The head of state hailed the development of relations between Azerbaijan and different states of the US, including Nevada. President Ilham Aliyev said the friendly relations were already established with the State of Nevada.


John Hambrick said he was happy to visit “beautiful” Azerbaijan, and hailed hospitality they were given in the country. The Speaker of the Nevada State Assembly informed President Ilham Aliyev of his meetings held at the Milli Majlis of Azerbaijan.