Armenia brought disgrace upon itself 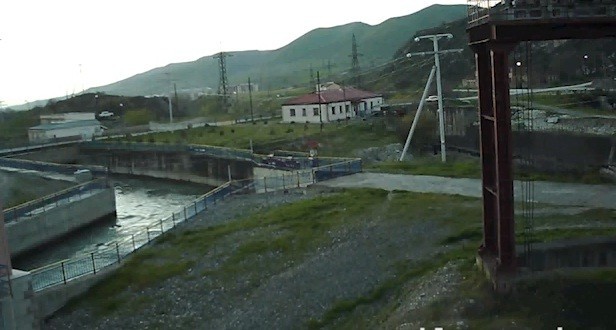 From April 27 to 28 the Armenian armed forces destroyed 110 civilian houses, 2 schools, 2 kindergartens, a cotton plant in the center of Tartar, shooted farming and slaughtered livestock in Agdam and Tartar districts. Two Azeri civilians were killed, seven people were injured in the result of Armenia’s shelling.

The separatist regime of Nagorno-Karabakh released the footage for covering up savage behavior of Armenian armed forces against the Azeri civilian population and the destruction of houses and self-justification.

In the information on the video loaded in Armenian websides has been written that as if Azerbaijani army fired at Madagiz village using "Grads" and tanks.

The destroyed houses, killed Azeri civilians by Armenians are before the world's eyes and all of these are facts of Armenian brutality, in this point, Karabakh separatists disgrace themselves by spreading this fake video.

Thus, as mentioned in the video, after disappearance of smoke-fog of falling "Grad" and in the place called shell falls, though, there is a no hole because of explosion or even small shell-splinters are not observed.

It is not possible to see wreckage, observe the explosion of shells in this video that has been imitated with special explosion effects and montaged.

On the other hand, Armenia forgets that the population are attacked by them live in their historical native lands.

Madagiz is also like the other occupied territories that after the occupation populated by Armenians.

Thus, in accordance with Article 49 of the Geneva Convention, an aggressor state has not got the right to settle its population in the occupied territory until signing of peace agreement.

According to the Doctor of Law studies, Farhad Mehdiyev, if Azerbaijan begins military operations in the territories occupied by Armenia, and Armenian civilian population suffers in this situation, so Azerbaijan will not bear the responsibility, but all responsibility will lie on Armenia because civilian population have been settled forcibly by Armenia. People have been placed in occupied lands of Azerbaijan without a peace treaty.