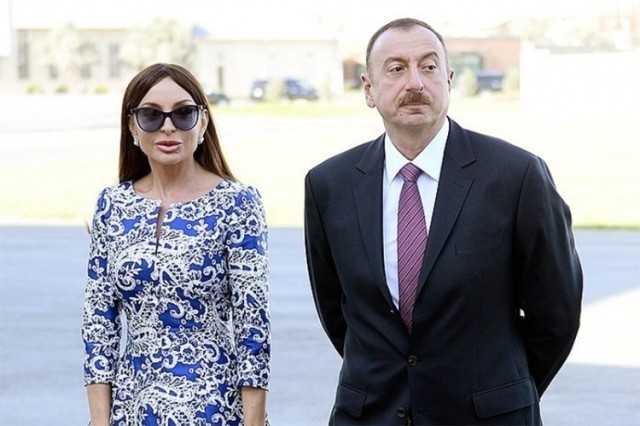 Azerbaijani President Ilham Aliyev and his spouse Mehriban Aliyeva visited the Tartar, Barda and Agdam regions near contact line on May 1.

Firstly, the Azerbaijani president has been to Military Unit No.N in Tartar.

Subsequently, President Aliyev got familiar with the headquarter, canteen and barrack of the military unit. In his visit, Aliyev met with Azerbaijani servicemen. Furthermore, he presented the soldiers who showed courage in preventing the Armenian provocations on the contact line.

Thereafter, the President and his spouse have been to the Tartar city, Gapanli village located about 200 meter from frontline and Mahrizli village of Agdam region. They looked at the houses which were damaged as a result of heavy artillery strikes by the Armenian Armed Forces on the night from April 27 to 28 and met with the residents.

The president gave relevant instructions to repair those houses in a short span of time.

Moroever, the President and his spouse visited the Azerbaijani civilians who got injured by the Armenian side and are being treated at the Treatment and Diagnostics Centre in Barda and wished them get well soon.