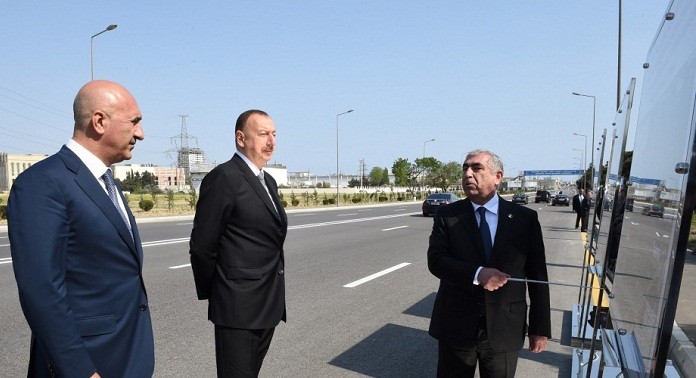 Chairman of Azeravtoyol OJSC Saleh Mammadov informed the head of state about the reconstruction work.

The head of state was informed that a 2km long system was built in the street that will carry rainwater to sewerage.

The four and six lane road, which is 2800 metres in length, was covered with new asphalt.

New lightening system and pavements were installed along the street.

The 2340 km long street was covered with new asphalt, and new bus stations were installed here.

The reconstruction of Nakhchivani Street also was completed. The width of the 840 m long street was extended up to 9 metres. New asphalt and concrete cover was laid here.