Conference on anniversary of Shusha's occupation 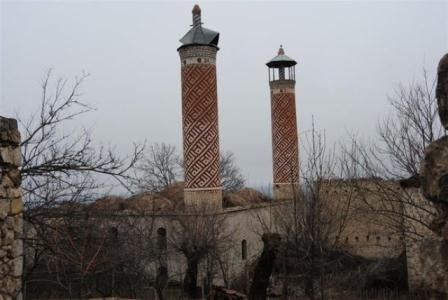 The University of Tabriz has today hosted a scientific-practical conference titled “Karabakh and the Islamic land" on the occasion of the anniversary of Shusha's occupation.


The scientific-practical conference, organized by the University of Tabriz, was attended by a number of public and political figures, scientists from Iran and Azerbaijan, as well as Azerbaijani MP Tahir Karimli.

Rector of the University of Tabriz, Mohammad-Reza Pour-Mohammadi delivered a speech. He said Karabakh is the Azerbaijani land. “We must help our religious brothers being guided by the words of our supreme religious leader,” he said.


The book about Karabakh martyrs was also presented in the conference.