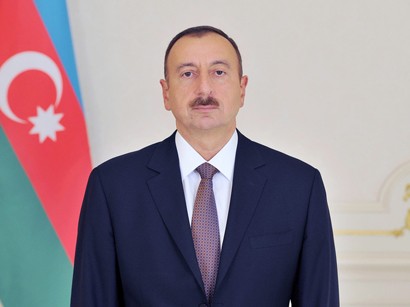 President of Azerbaijan Ilham Aliyev has reviewed the progress of construction at Ganja State Philharmonic.

The president laid the foundation of Ganja State Philharmonic during his visit to Ganja on January 21, 2012.

The president was informed that a 1200-seat concert hall, an open-air summer cinema theatre, a drawing gallery, an urban center and an observation tower will be built here.

There will be catering facilities, an underground parking lot and auxiliary offices. Statutes of Azerbaijani music icons will be installed on the facade of the building.