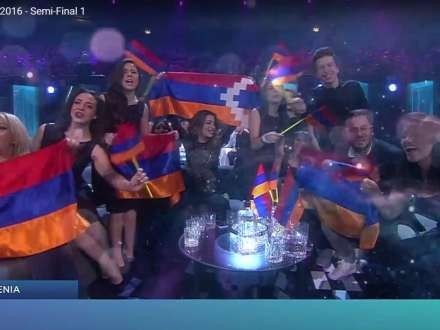 Shaig Mammadov, Deputy Director-General for Information and Socio-Political Programmes of the Public Television and Radio Broadcasting Company made a strong protest against this provocation: “Nagorno Karabakh is integral part of Azerbaijan and no country in the world recognizes Nagorno Karabakh as an independent. Raising the flag of so called “NGR” is completely contradicts international legal norms and principles”.

He also congratulated Azerbaijani representative at the Eurovision-2016 Song Contest Semra Rehimli on the qualifying for the finale of the contest.