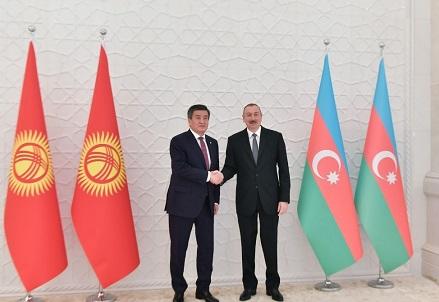 President of the Kyrgyz Republic Sooronbay Jeenbekov arrived in Azerbaijan on October 14 to participate in the 7th Summit of the Cooperation Council of Turkic Speaking States.

Kyrgyz President Sooronbay Jeenbekov was greeted at the airport by First Deputy Prime Minister of the Republic of Azerbaijan Yagub Eyyubov and other officials.