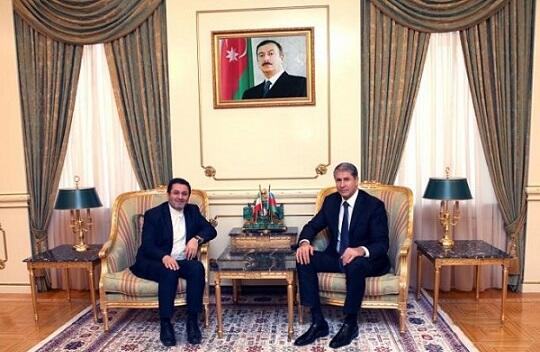 Interior Minister Colonel-General Vilayat Eyvazov received the Ambassador Extraordinary and Plenipotentiary of the Islamic Republic of Iran to Azerbaijan Javad Jahangirzade on November 7.

Axar.az reports citing MIA that the Foreign Minister welcomed the guest, saying that relations between the two neighboring and friendly countries have deep historical roots, the scientific, spiritual and cultural ties between our peoples have been developing for centuries. He noted with satisfaction that the sincere friendship and mutual visits between the Presidents of Azerbaijan and Iran greatly contributed to the comprehensive cooperation.