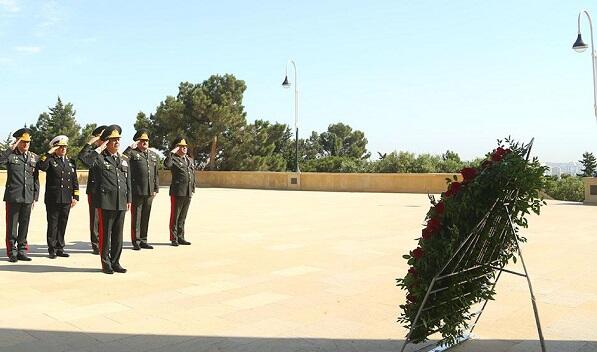 On the occasion of Azerbaijan’s Armed Forces Day, on June 25, the Minister of Defense Colonel General Zakir Hasanov, and the leadership of the Ministry have visited the Alley of Honor and the Alley of Shehids (Martyrs).

Axar.az reports citing MoD that first, wreaths were laid at the monument to national leader Heydar Aliyev and the memory of the Great Leader was honoured.

Then the Defense Ministry’s leadership visited the Alley of Shehids and honoured the memory of heroes, who sacrificed their lives in battles for the sovereignty and territorial integrity of the country, as well as laid wreaths at the Eternal Flame memorial.